The West Micros section started with half a dozen pre-school kids brought down to the club by their dads who were former players at West.  The fact that the numbers have grown every year is testament to the fun they have on a Sunday morning.

The 'coaching' is focused on fun games that introduce the kids to basic ball handling and movement in an enjoyable and active environment.  Open to boys and girls from pre-school age (we suggest 3 years and upwards).

Firstly, our thanks go to Alan Sutcliffe, Michelle McAulay and Debbie Swift for initially volunteering to keep the Micros going in August-20 when, with a lack of any other volunteers, it looked like the section was going to ‘take a break’ for a year.

Micros therefore started on 16th August 2020 with 16 enthusiastic children taking to the pitch, quickly growing to 19 the following week which split into two (Covid-enforced) bubbles. I am delighted to report that these initial 19 were all still present as we concluded the season on Sunday past.

Playing numbers continued to grow as, after a break following the school’s October holiday, there were now 42 children attending the Sunday morning sessions.

This theme continued into November as Micros membership grew beyond 50. At this point, West introduced a waiting list to control the flow of requests to join. On the pitch, the children were still having a great time and developing their skills and behaviour.

The Micros did manage to get some rugby played in December as the East Dunbartonshire local authority moved down to Level 3, with 40+ children playing on the synthetic 4G surface on 13th December! Micros parents were also appreciated in December as they contributed to the West Food Bank Christmas Appeal.

January and February were effectively written off as a further lockdown ensued after the Christmas festivities. The Micros section used this time to recruit further volunteer coaches and process the long membership waiting list. I would like to take this time to thank everyone who ‘put their hand up’ and got involved, it effectively let another 50 children get involved with Micros rugby following the lockdown.

Micros rugby returned on 28th February 2021 with four new training bubbles. Numbers continued to grow through March resulting in a fifth and final training bubble created for our session on 28th March.  At this time we were still working within strict Covid guidelines from Scottish Rugby, limiting the number of players allowed on the pitch at one time.

Limited numbers were added via the waiting list over the next few weeks in April ultimately reaching maximum numbers of 100 registered Micros players split across the five training bubbles. It should be noted that the popularity of the Micros has not slowed, with the waiting list currently 70+ at the time of writing!

Thanks once more to the coaches this year: 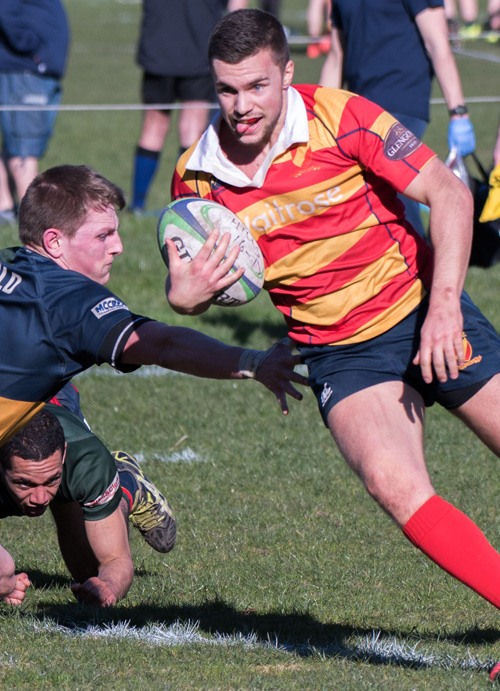